Climate Change Will Increase the Presence of Aflatoxins in Corn 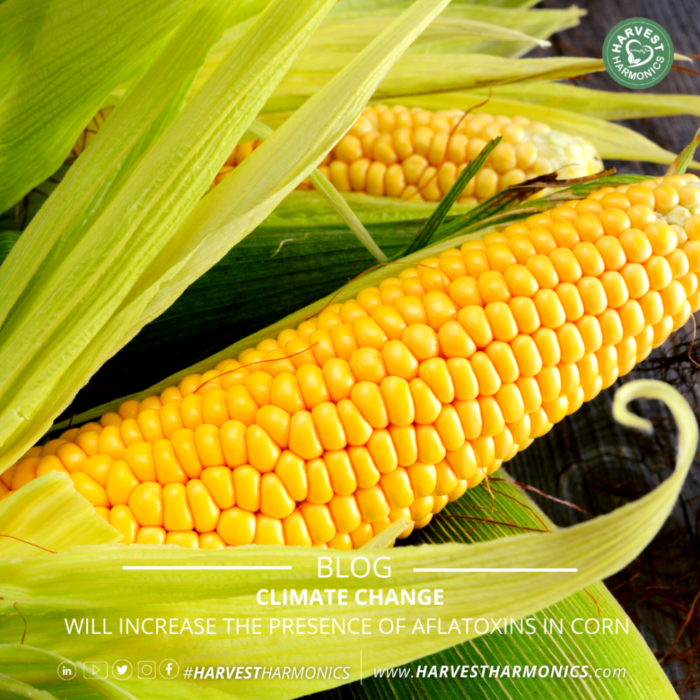 A study carried out in the United States projects risky levels of this type of toxin for the period between 2031 and 2040 (Niklas, 2022).

Changes in the climate will abandon the global food production market: This is reflected in a recent investigation carried out by the Michigan State University (MSU). The document will warn about the increase in the levels of aflatoxins present in North American corn due to climate change. This is mainly explained by the alterations that food can suffer from climate variations, which, according to the document, will increase the loss of fungi that produce this type of toxin in corn (Niklas, 2022).

The study modeled the impact of rising temperatures and advancing dry weather conditions that have been projected in certain regions of the United States for decades to come. And it is that the characteristics of that type encourage the spore of aflatoxin-producing fungi to become airborne, which increases their chances of contaminating crops (Niklas, 2022).

The fungi Aspergillus flavus and Aspergillus parasiticus are producers of aflatoxin, a microtoxin that can infect peanuts, walnuts and corn, not only degrading the quality of crops, but also causing health problems for humans and animals (Niklas, 2022).

The study projected an increase in the risk of the presence of aflatoxins between the years 2031-2040 due to the increase in temperature that North American corn-producing regions may experience during those years. Thus, the investigation indicated that, for that period of time, 89.5% of the counties belonging to corn-producing states will be exposed to a greater amount of aflatoxins. Specifically, 5.3% of those counties are expected to experience a 1% increased risk of increased susceptibility to these types of toxins (Niklas, 2022).

Although cases associated with the presence of aflatoxins in corn fields are currently limited to the southern states of North America, changes in the climate of that country could push the problem to the Corn Belt. According to the study, Niklas (2022) mentioned that this could cause “alterations in the national and world corn markets, increasing the expected economic impact.”

Thus, it is expected that in the future the production of corn crops may be displaced to more extreme regions of the north or south of the country, where the climate is cooler and more humid, which could reduce the risks of aflatoxins in crops. However, this could affect the culture of exploitation that has been developed over generations in states with traditional corn production (Niklas, 2022).

Finally, Niklas (2022) stated that the document highlights the need for a plan to mitigate the risk that the increase in aflatoxins in North American corn can bring. In addition, the use of irrigation is emphasized as a strategy to reduce the risk of aflatoxins, since this technique reduces the stress related to the effects produced by water scarcity in corn, such as fungal infections. In addition, researchers are already using conventional and biotechnological farming techniques to develop crops that are more resistant to drought, insect damage, and the aforementioned fungal infections.

An excellent biotechnological option is the Kyminasi Plant Crop Booster system, which is a technology that applies biophysics to crops and allows calibrating or fine-tuning the signals of plant cells to obtain a better performance and improve photosynthesis as well as the soil system and its beneficial microorganisms.

The Kyminasi Plant Crop Booster technology would benefit all those vegetable, fruit and flower growers to realize an environmentally friendly, sustainable agriculture because it could reduce the use of fertilizers and optimize the use of irrigation water.