All living things that grow on the earth are affected by natural Magnetic Fields; it is helpful to think of radiation in terms of particles or waves just like the ones we see in the water, such as radio waves, microwaves, infrared, visible light, ultraviolet or x-rays; with the transport of energy through a medium or material. What distinguishes one form of radiation from another is the distance between successive crests, in other words, the wavelength. 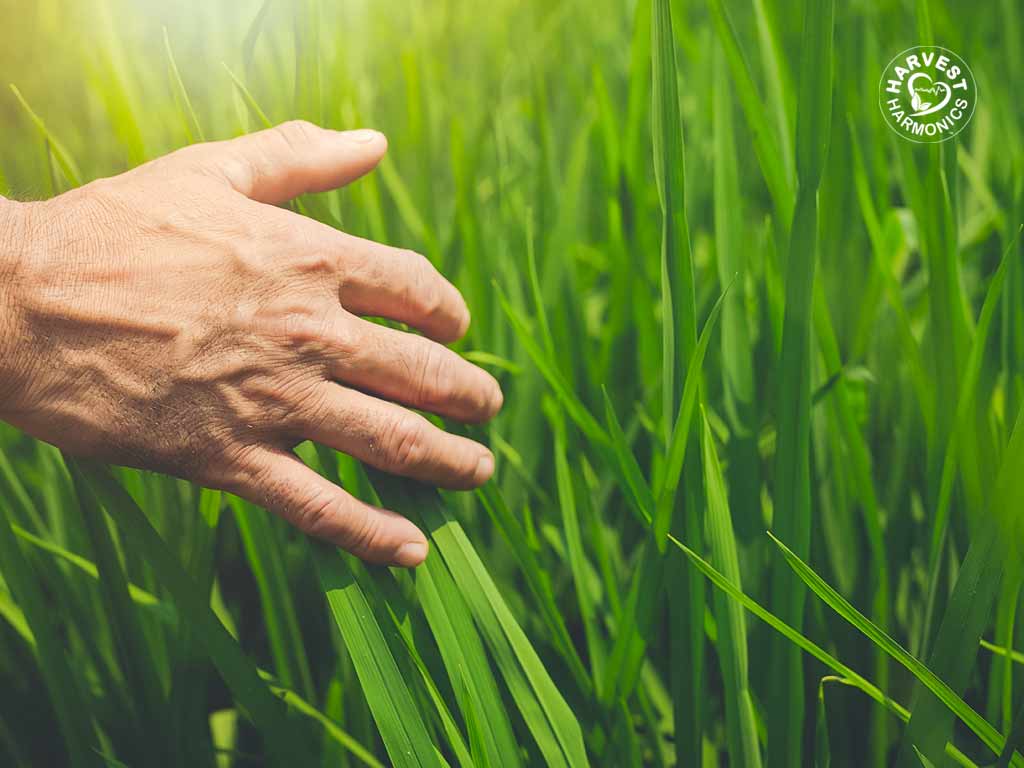 We all know the importance of water in the development of life on planet Earth, likewise, we easily recognize its chemical formula H2O; this represen –

tation shows that the oxygen and hydrogen atoms are held together by the sharing of negatively charged particles called electrons. Since electrons have a greater affinity for oxygen than hydrogen, the oxygen end of the molecule bears a negative charge while the hydrogen end is positively charged. Molecules that have such positive and negative regions are said to be polar, and it is this property that allows them to interact with electromagnetic radiation.

Low-frequency waves transmit little energy and can make water molecules spin about, but they do not have enough energy to break chemical bonds. Waves have an electrical field associated with them which can be conceptualized if we think of waves being composed of positively charged crests and negatively charged troughs. Then as the waves pass through water, the oscillating positive and negative fields tug at the positive and negative parts of the water molecule causing them to rotate.

Low-frequency electromagnetic fields have become a part of our biosystem, but living organisms have to adapt themselves to this new factor, which can influence some of their biological functions. Many researchers reported that EMFs have a positive effect on plant characteristics such as seed germination, seedling growth, agronomic traits, and seed yield. Since early Sawostin work in 1930, it is known with certainty that plants can exhibit physiological phenomena associated with exposure to magnetic fields (Zuñiga et.al 2016) many researchers around the world have developed many field trials with different crops which have shown the positive influence of low-frequency electromagnetic fields on plant growth and productivity (Table 1). 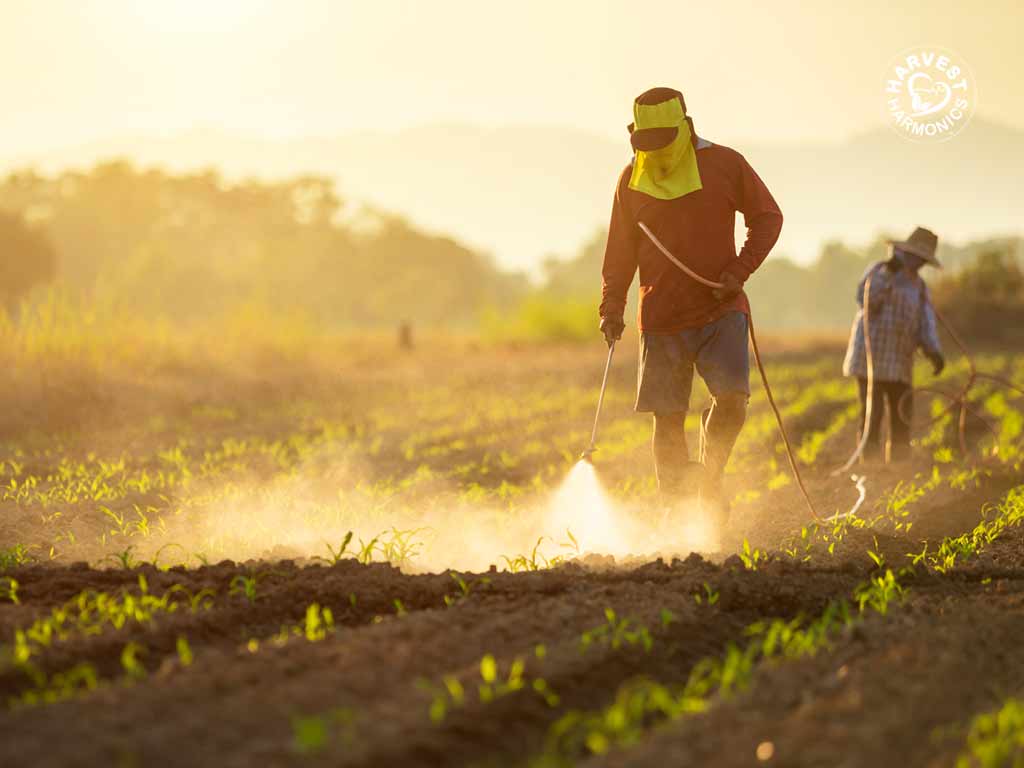 The use of the controlling influence of physical factors on biological behavior during the development of different cultures is a modern trend in combining the intensification of plant technologies with ecological requirements.

Physical methods for increasing vegetable production are based on the use of physical factors for plant treatment; particularly on the dill seeds with the major goal of increasing the yield and accelerating plant growth and development.

Most perspective factors are the treatment with electromagnetic waves, particularly optical emission, magnetic field, as well as the ultrasound and ionizing radiation. Recently, the interest in the use of physical methods of plant growth stimulation has increased (Aladjadjiyan, 2007).

All living processes are highly dependent on energy exchange between the cell and the environment. In the case of chemical improvement, the necessary substances are directly inserted into the cell. In the case of physical treatment, the energy introduced in the cell creates conditions for molecular transformations, and as a result, the necessary substances are generated by the cell. This is the core concept in “quantum agriculture” that has been intensively discussed in the last years (Aladjadjiyan, 2007).

The investigation about this issue suggests that changes in the physicochemical properties of Magnetized Water might affect directly or indirectly several physiological processes in plants. Hence, supplying Magnetized Water to plants produce incremental effects on the growth and development. Several authors have reported that prior exposure of irrigation water to Magnetic Field leads to an increase in plant productivity and changes in its water and mineral metabolism (Maheshwari & Grewal, 2009; Mulook Al-Khazan et al., 2011; Abou El-Yazied et al., 2012; Hozayn et al., 2013; Mahmood &Usman, 2014). 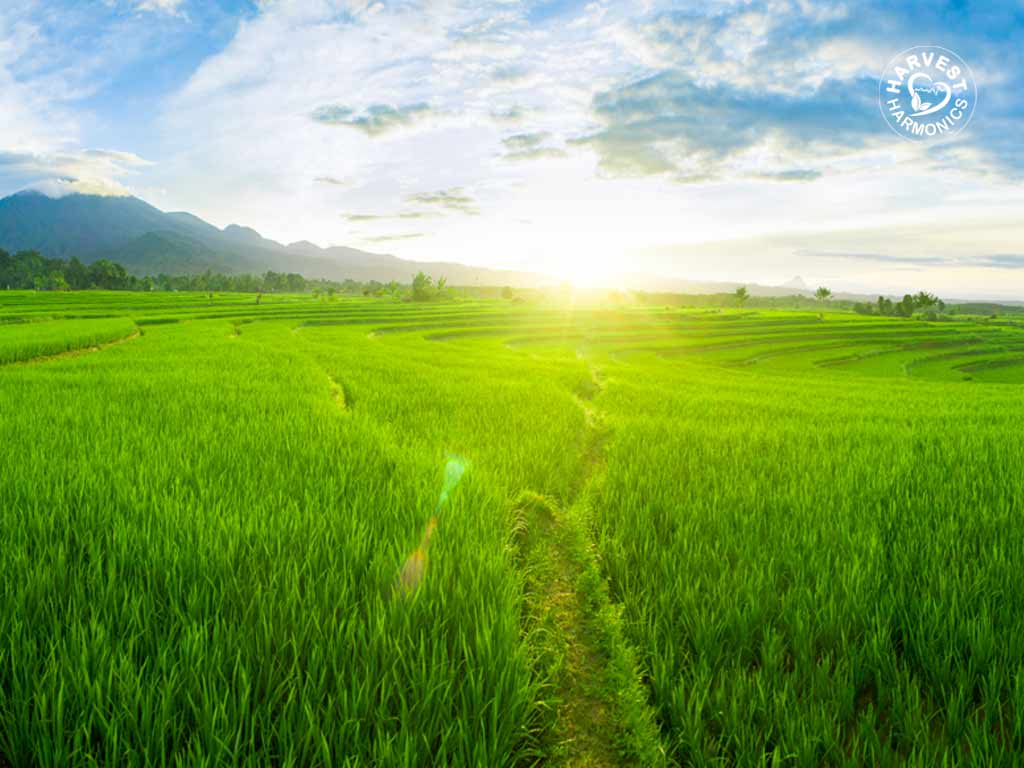 Different chemical additives are still used for the rising productivity of plants and animals, their application causes contamination of raw materials for food production with toxins that are dangerous for consumers’ health. On-farm safety for fresh produce needs developing and implementing new methods for quality assurance. The influence of physical factors as magnetic field and ultrasound treatment is a non-pollutant and ecological alternative to soil additives and fertilizers for the substitution of chemical improvement by physical improvement. One can reduce the toxins in raw materials and thus – raise food safety (Aladjadjiyan, 2007). The great challenge of producing more food on less arable land, demands our generation to find new agricultural technology, which enhances yield and be environmentally sustainable. In this regard, the magnetic treatment of irrigation water and seeds could be one of the most promising ways in the future to improve agricultural production in an ecological manner (Teixeira da Silva & Dobránszki, 2014).

In this sense, our technology, Kyminasi Plant Booster, utilizes low-frequency radio waves to improve plant and soil health; increases the absorption and use of water, nitrogen, and light to maximize energy production during the light reaction of photosynthesis, and decreased the volume of water and fertilizer needed, which makes it a technology without the environmental impact that increases the production and profits of farmers offering high-quality products to the final consumer that will be reflected in their health; could be our generation’s solution to the ever-growing problem.

Table 1. Research on the effect of magnetic fields in plants. 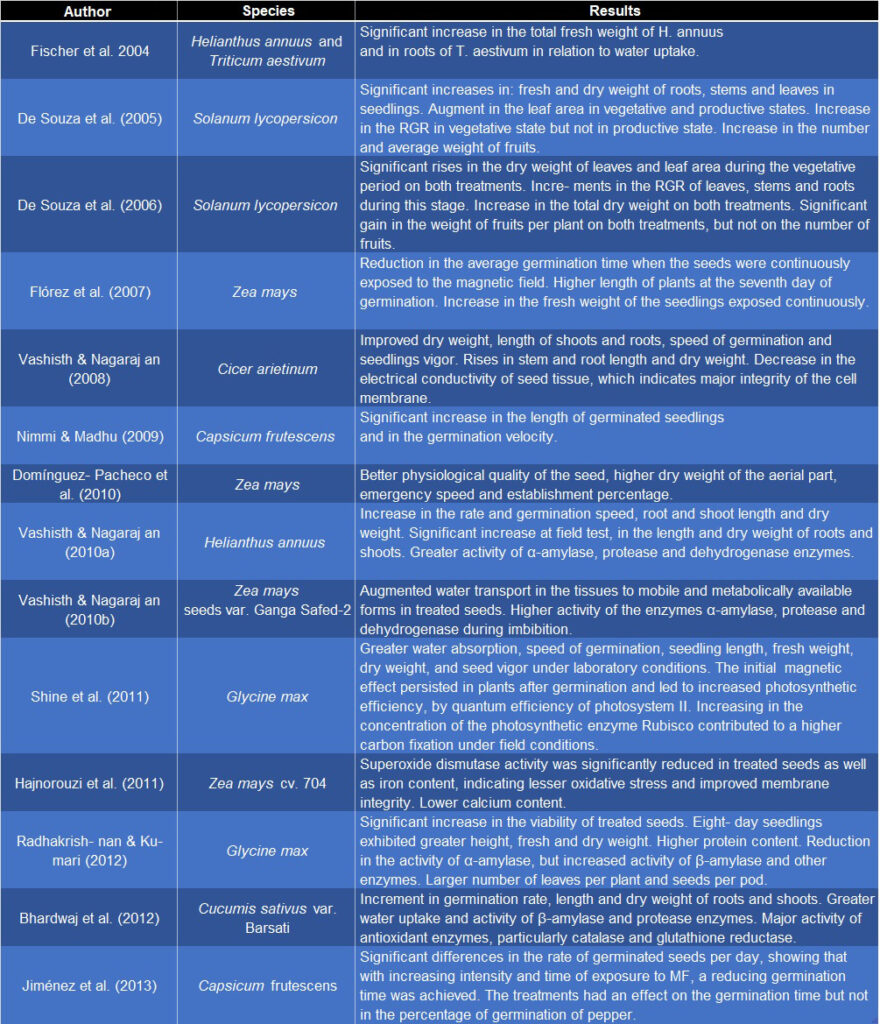