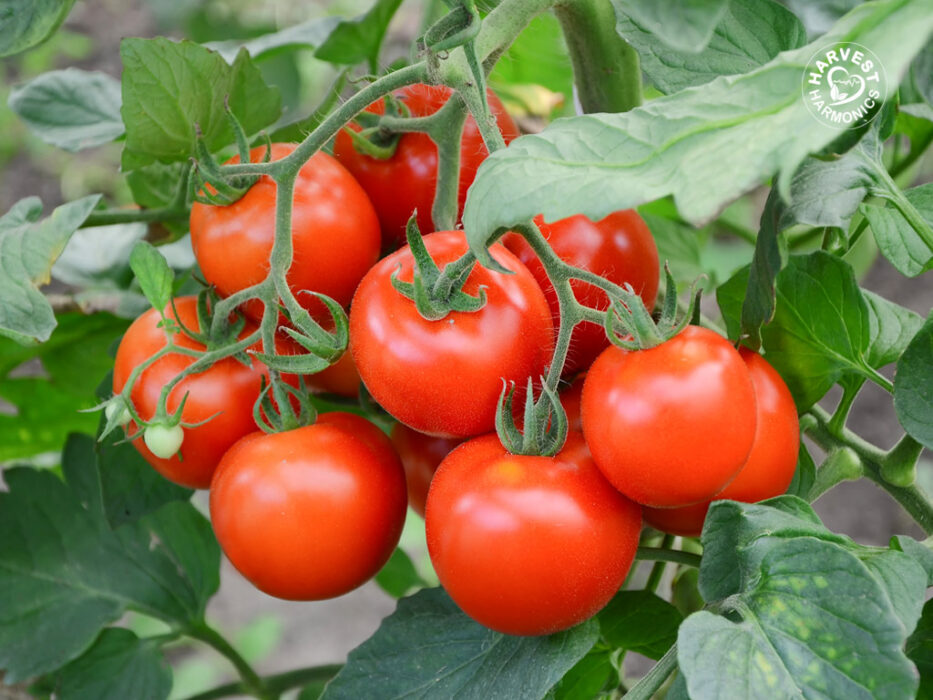 Tomato (Solanum Lycopersicum), with annual global production of around 182.3 million tons, is the second top worldwide produced vegetable, also is among the most popular vegetable produced in the United States of America (USA) where the topmost producers are Indiana, Florida, and California, besides the tomatoes being sold in the fresh vegetable markets, a large portion of the tomatoes is processed as sauces, paste, canned whole tomatoes, ketchup, and juice.

California State produces 255,388 thousand centum weight of tomatoes each year consequently, it is the highest producer of tomatoes in the USA and among the highest tomato producers in the world. More specifically, approximately one-third of the world’s tomatoes and 95% of the United States’ tomatoes are produced in California.

Tomato is not a very tolerant plant in response to many abiotic stress conditions and its growth and productivity are limited by unfavorable environmental conditions such as drought and salinity (Dong et al. 2020). Drought stress causes many adverse effects including negative leaf water balance, turgor loss, chlorophyll degradation, and down-regulation of photosynthesis through affecting stomatal functioning and restricting the supply of carbon dioxide (Zhou et al. 2017). Cell enlargement, leaf expansion, root and shoot development, dry matter partitioning, and consequently yield are also negatively influenced by drought stress (Farooq et al. 2009). Up to the present, a great number of investigations have been conducted to develop strategies to help plants to cope with drought stress (Aliniaeifard and Van Meeteren 2016a, b; Lastochkina et al. 2019; Khan et al. 2020). 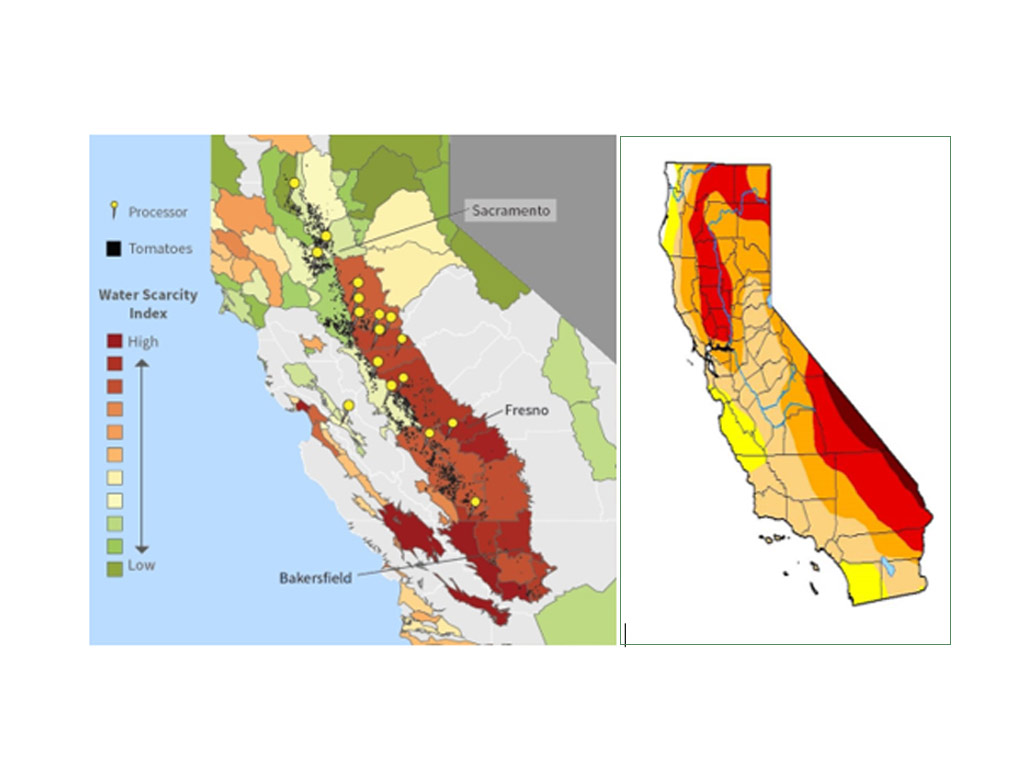 Figure1. Map of water scarcity across the California state and zones with different drought intensity. The location of most tomato production and processors is in the San Joaquin Valley in water-stressed areas. (Adapted from: https://www.farmwater.org/cfwc-blog/ and https://droughtmonitor.unl.edu/)

Both under- and over-irrigation can cause inadequacy in crop yield to find the optimal water supply level can save water and may provide yield quantity and quality. Lowers levels of water stress can affect yields positively thus, measuring and monitoring water stress is the key to its control and the appropriate amount the plants should be exposed to can enhance the production of desirable compounds that make it healthier for consumers and profitable for producers. 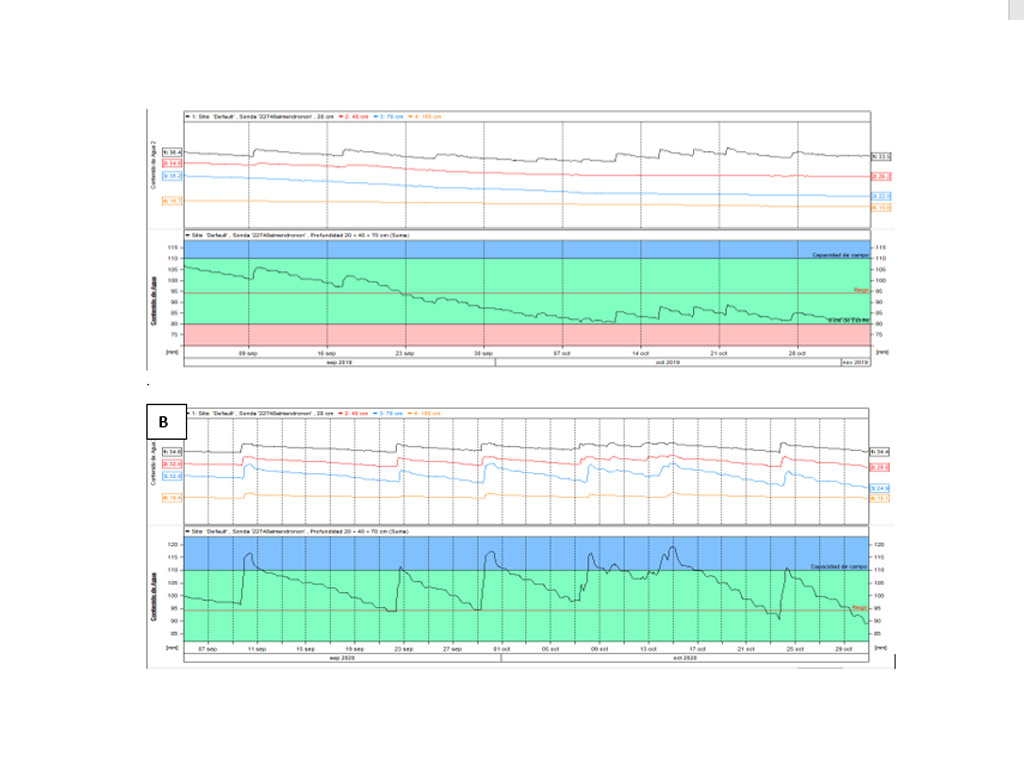 Climate change scenarios predict restriction in water supply shortly, but large parts of the world already suffer from the deficiency of water in agriculture as we show in other publications plants perceive sound waves as a type of external signal similar to biotic or abiotic stress stimuli, the response to such stimuli is the biosynthesis of secondary metabolites, including ascorbic acid, flavonoids, and other compounds that may have protective effects (i.e., antioxidant or antimicrobial occupations). The concentrations of these compounds increased in response to external stimuli such as light, ultraviolet radiation, temperature, ozone, heavy metals, and drought conditions (Mierziak. et.al 2014., Lim et.al 2017).

Although the use of the Kyminasi Plant Booster technology does not prevent or allow to control the damage caused by extreme environmental events due to water scarcity or climate change it has demonstrated effects on water use related directly to production per plant with higher quality in terms of dissolved solids content.
Kyminasi Plant Booster provides producers of Tomato and other important crops in agriculture clean and safe use technology with the low environmental impact that improves cycling and availability of nutrients in the soil, reduces the use of water for irrigation, and strengthens the resistance of the plants against stress factors, enhance chemical-free production systems, with better phytosanitary conditions that represent health benefits for consumers and better income for producers.

After hurricanes Maria and Irma, Puertorrican farmers are yet to receive the needed aid to recover. Organic Earth Tech...
2

Replenish Earth and the environmental RE Talk Series event that reunited the top thinkers in the world Harvest Harmonics...
2
Share
2