Regrowth after 60 Days of Winter on Cabbage in Italy

Details: Researchers at the Kyminasi headquarters purchased several ornamental cabbages in the first week of December 2019. They were testing three variations of the Kyminasi Plant Booster (KPB) technology on cabbage plants against a set of control plants with untreated water. The cabbage plants were watered until December 21 for less than three weeks. On December 21, the Tech 6 device had achieved the greatest growth compared to the others, so the experiment was considered to be done. The Kyminasi facility was closed for the holidays, and from then on the plants no longer received the KPB-treated water. The plants were then left on the open-air terrace, so they received rain and snow all winter. 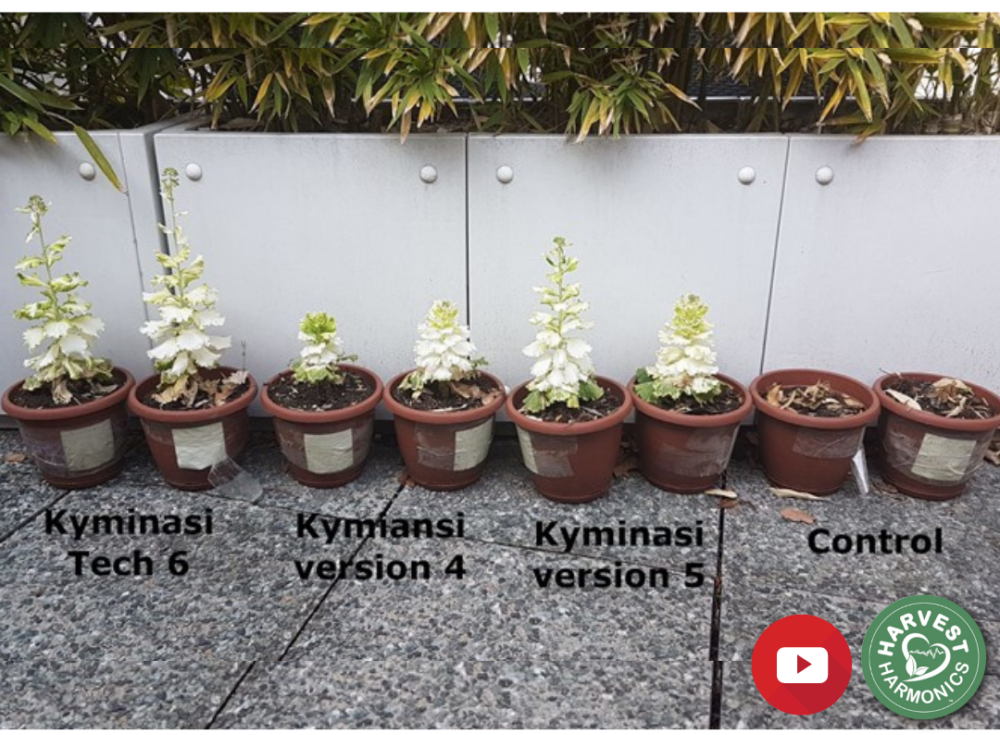 During the winter, all of the cabbage plants either died or went dormant (like the ones you see in the pots on the right in the photo). In mid-February 2020, the KPB plants started to grow back despite the harsh winter exposure. The control plants on the right did not survive the winter. In mid-March 2020, the KPB plants produced fast and tall growth as soon as the temperatures rose and the first sunny days began. The KPB plants had enough energy to re-emerge and grow, even after an entire winter of cold and neglect.