40% Increase in Brix Rating of Peppers in the USA

Details: Edible Acres is a 12-acre organic farm in Tonasket, Washington, USA, and is close to the Canadian border. The owner, Art Heinemann, is highly respected in this region for the high quality of his fruits and vegetables. In 2017, Art installed the Kyminasi Plant Booster (KPB) technology on his farm. Since the initial installation, Art has tested many cultivars of fruits and vegetables using the KPB technology. In June 2019, Art planted bell peppers and hot red peppers for a KPB trial. 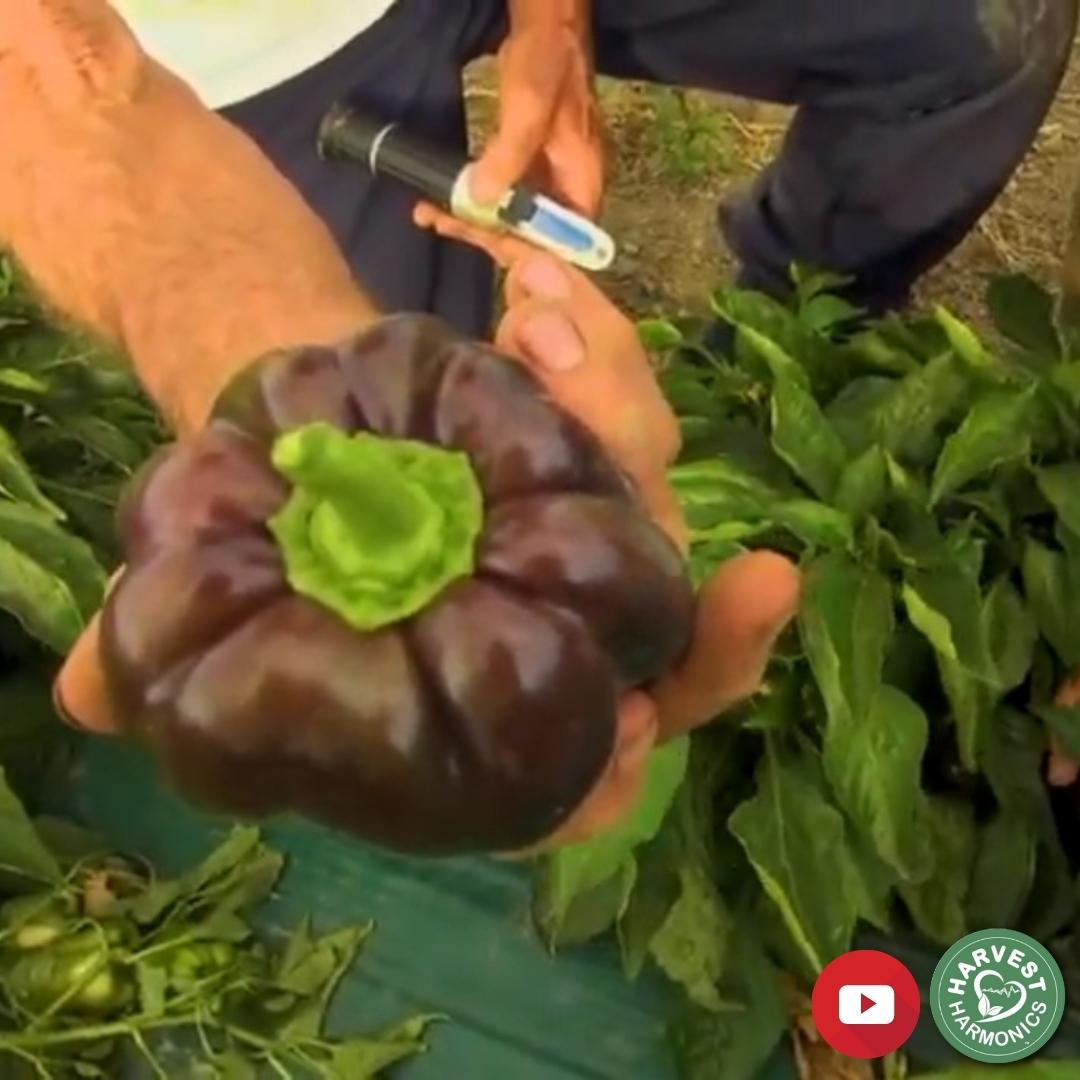 The Kyminasi Plant Booster (KPB) technology increased yields while improving the size and flavor of peppers. After three months, the plants that were treated with KPB produced 15 to 20 peppers per plant, and 80% of these peppers were fully grown. The KPB-treated peppers had consistent shape and ripeness. The KPB peppers tested at 10 degrees Brix, which is 40% higher than the average 5 to 7 degrees Brix rating for these cultivars. The KPB plants were still blooming in September, which is at the end of the season for this farm. Art also noted that the KPB pepper plants had so much energy that they developed woody stems. This indicated that the KPB plants were transitioning into perennials, which is highly unusual for this area, as peppers usually only develop into perennials in warmer regions.

Details: The Kyminasi Plant Booster (KPB) technology was installed by Guillermo Cáceres on a 30-hectare bell pepper field in Peru. 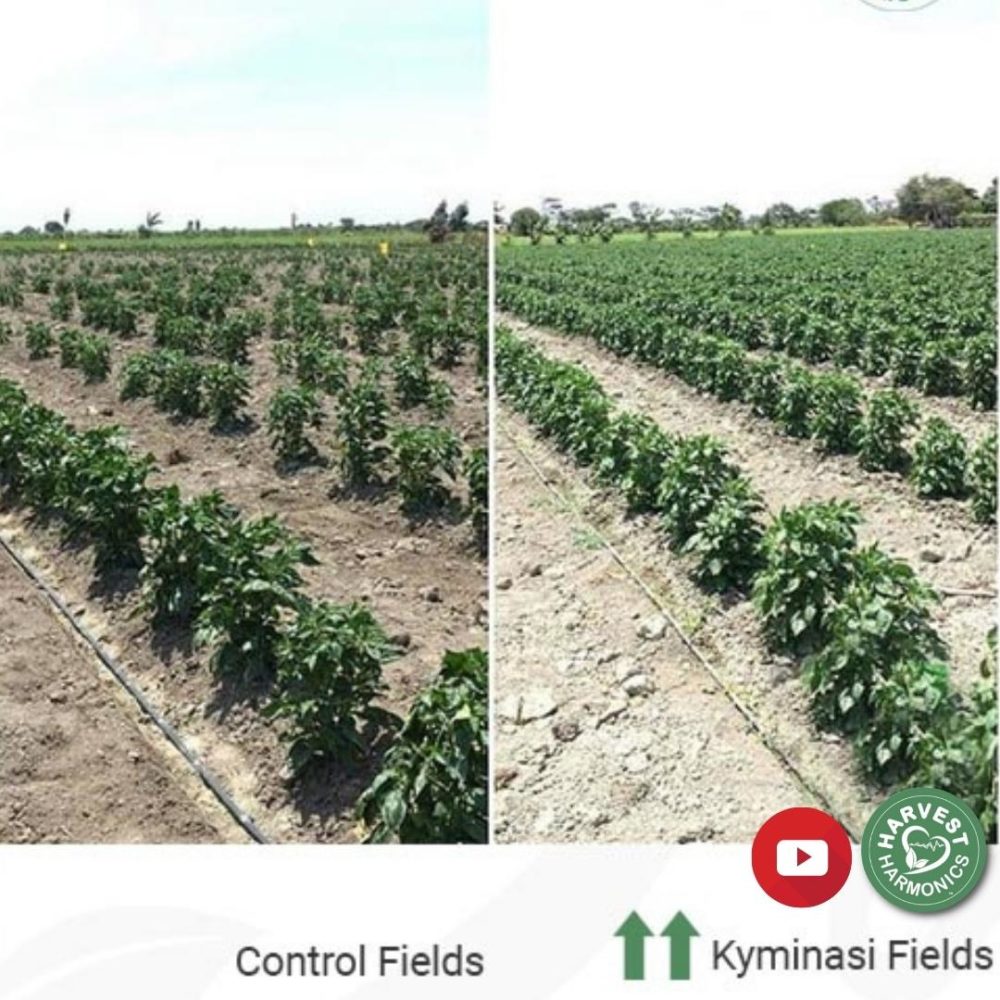 70% Yield Increase & 25% Increase in Size of Peppers in Panama 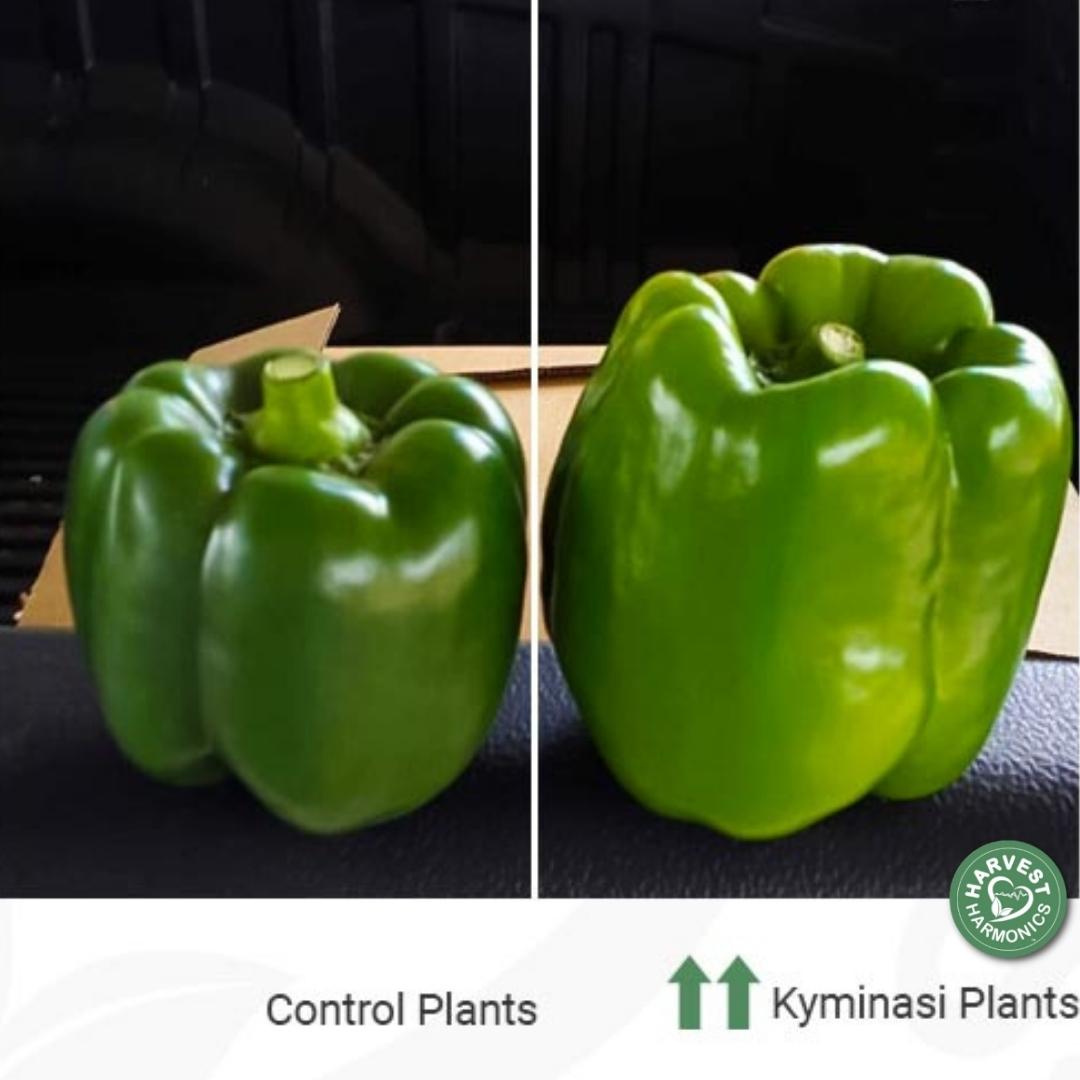 87.5% Increase in Pepper Yield in Peru 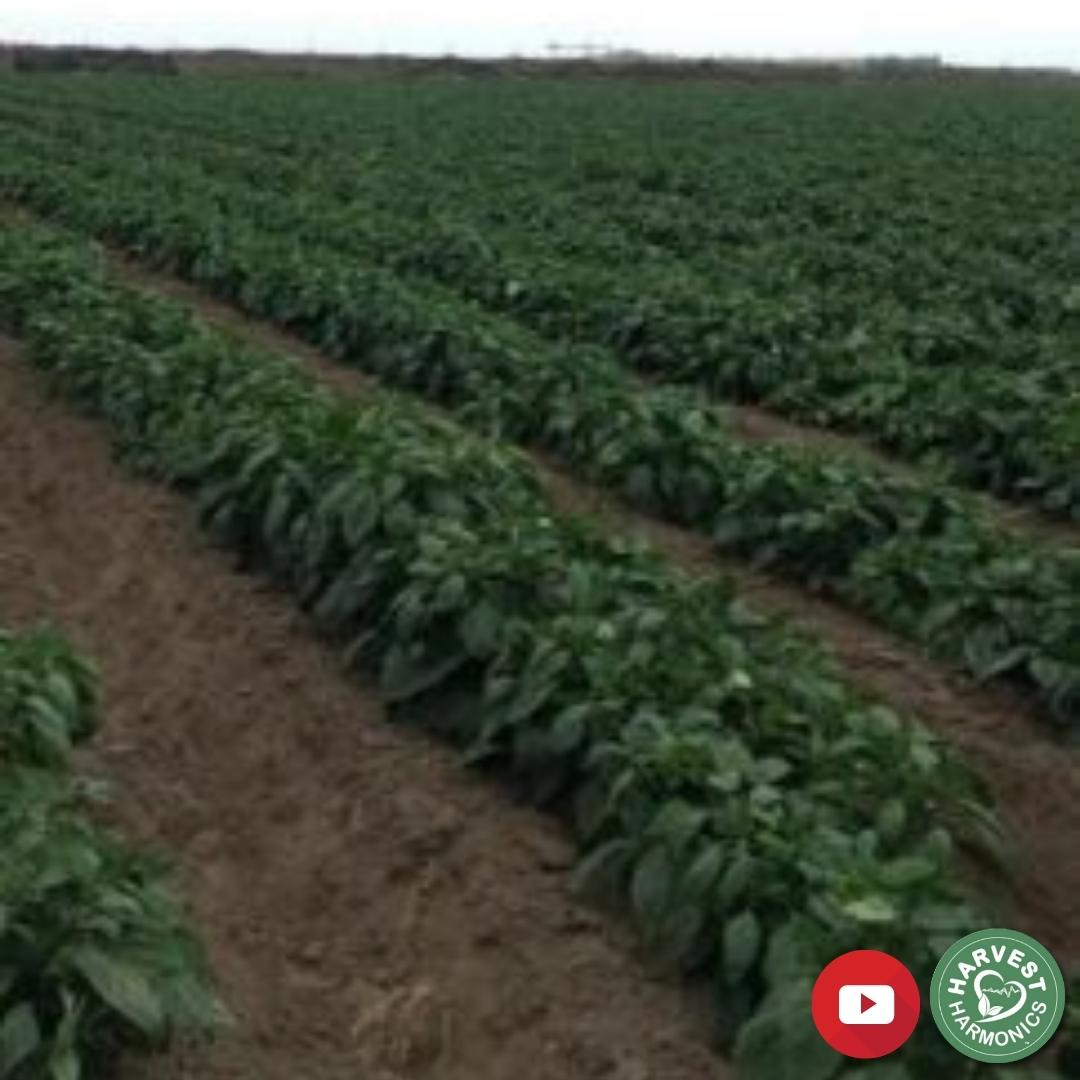 Historically, Jaime was able to harvest an average of 16 peppers per plant at this field during the summer season. While using the Kyminasi Plant Booster this summer for 75 days, Jaime obtained an average of 30 peppers per plant. This is an 87.5% increase in the average yield of peppers using KPB technology. 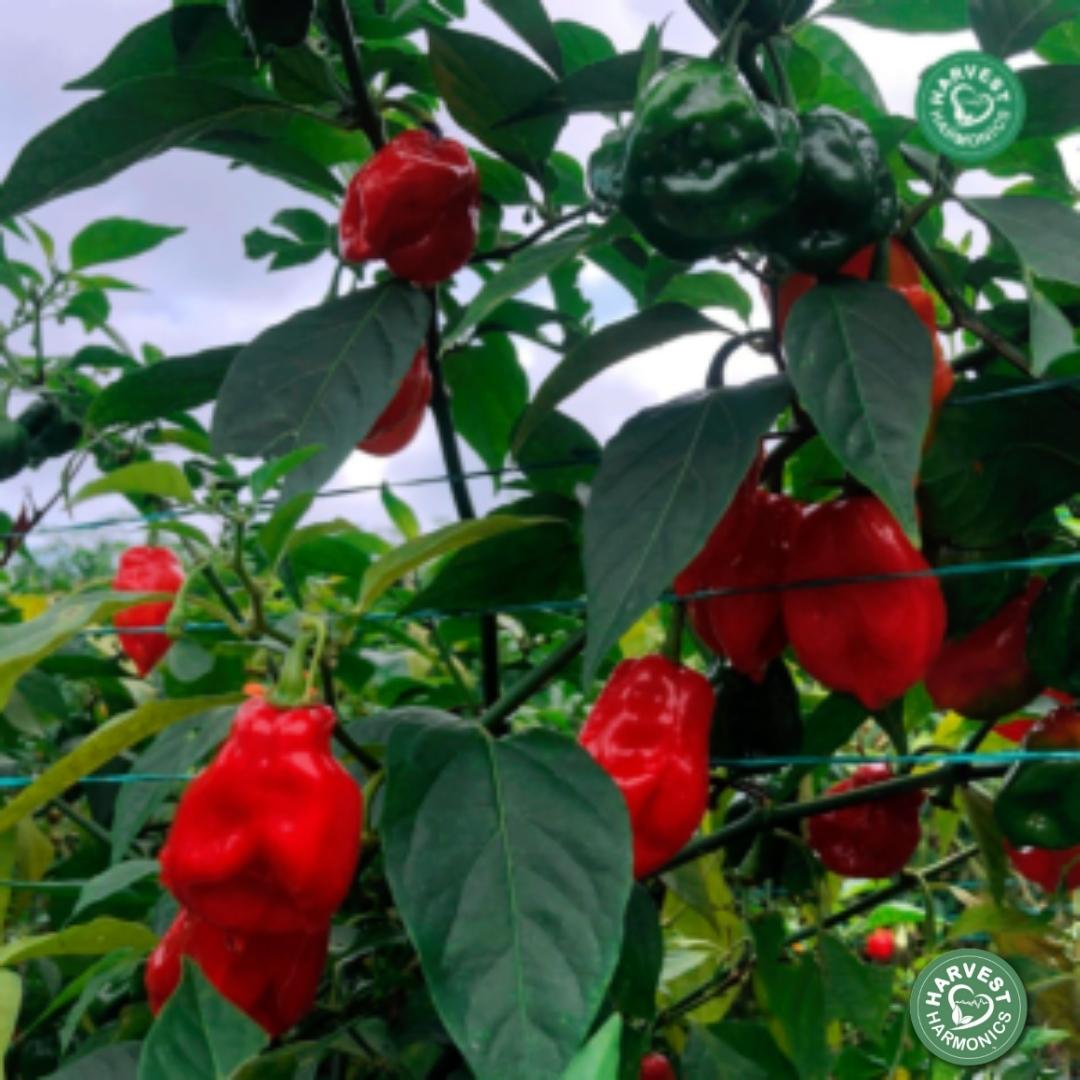 The producer indicated that as soon as they began using KPB, an improvement in the health of the KPB-treated pepper plants was observed as the leaves became a brighter green color and new shoots grew prolifically. Historically, the normal pattern for this growth stage of the pepper crop was a decrease in the size of the fruit and a drop in production yields. Even in this late growth stage, the pepper plants that were t

reated with KPB technology produced a greater quantity of peppers than the control plants and these peppers were larger than ever before. The producer also indicated that the need for agrichemical applications to contro

l rust and mites was reduced with KPB use. The producer also indicated that he noticed less fruit drop and fruit cracking, as well as improved pepper shelf life and a greater post-harvest  storage consistency with KPB use as compared to the control crop.