Some Catalysts in Modern Agriculture 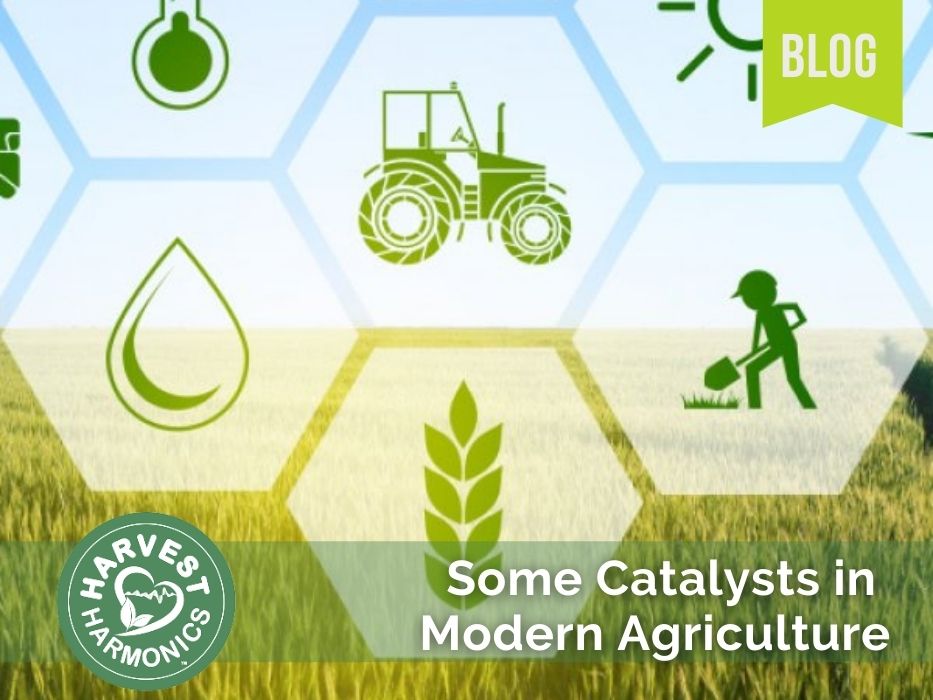 Human beings, in their eagerness to improve crops, do research with the purpose of improving what nature already does.
In the agriculture business, there is always the expectation of improving crop production in order to yield more and better food.
A metabolic catalyst is a substance or technology in the acceleration of chemical, physiological or metabolic processes to achieve better and faster results.
A catalyst is a substance, impulse or action that, by participating in a chemical or physical reaction, is capable of increasing the reaction rate without being consumed in the process. Catalysts speed up reactions by lowering the activation energy or by changing the mechanism of the activation. Catalysts can be physical (abiotic), organic (biotic) or mineral that can act independently.
Abiotic catalysts are those that have a physical action on microorganisms that act in the soil, participating in the mineralization processes of organic substances that keep nutrients immobilized and that require this help to release them and put them in the solution of the soil so that they are absorbed by the roots of the plant together with the water. These catalysts can be created simply by electric, magnetic or acoustic waves, which can be activated and energized by the excitation of the electrons of the atoms that are a constitutive part of soil microorganisms. When energized, they take less time to fulfill their function of mineralizing humic and fulvic substances: main components of organic matter.
Among the waves that can help in the development of plants, animals and humans, are the acoustic, which have unique properties in the creation of energy at the atomic level. From a photon, when it collides with the electrons of the components of living cells, it causes an uncontrollable alteration that, by acting inside the cells, can be transformed into other types of energies, which help in the acceleration of metabolism of living beings and, in the case of plants, photosynthesis and osmosis.
Some theses have been presented that point to the beneficial qualities of acoustic waves, such as music, with medicinal qualities on the human being, for example, reducing stress and strengthening the immune system.
The notion that the health of humans and animals can be fine-tuned through sound emphasizes the “frequency” nature of bodies, that is, the quality that is receptive to vibrations emitted by external forces, in this case, acoustic waves. The hypothesis that sound can harmonize the physical body and thus combat specific ailments or provide specific benefits has led to the fact that, at present, many therapies have been designed using sound waves. Certain radio frequencies have even been identified that directly influence different aspects of living beings.
There is talk of frequencies that encourage the cells to be healthy, others that cause stability in the circulation of chlorophyll, some that promote DNA regeneration and others that cause cells to be cleansed of toxic substances; many other benefits can be found.
On the other hand, an experiment was given to demonstrate the effect of electric waves on the behavior of plants. It was carried out in a rose greenhouse, which presented plants with a high state of stress, despite the fact that the soil analysis showed a good degree of fertility.
These electrical impulses were applied, after pruning, to the plants that presented an appearance of physiological dryness. Despite the fact that the soil contained water at the field capacity level, the treated rose plants showed a very good response to the treatment and it was very interesting to observe that they came out of their bad condition in a fairly reasonable period.
The conclusion reached with this experimental study, after several laboratory tests, was that the impulses emitted by this device acted as physical catalysts, producing an acceleration of the electrons of the atoms of plant cells, the same that produced an acceleration in the photosynthetic process and therefore in the general metabolism of the plant, taking it out of the lethargy in which they were.