The Most Serious Disease For Citrus And How To Control It. 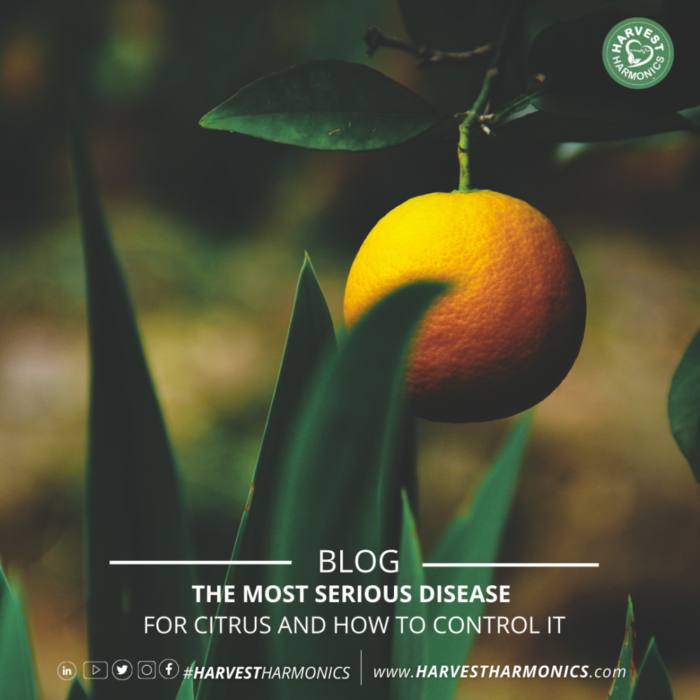 The HLB (Huanglongbing) or citrus greening is a disease spread by the Asian citrus psyllid (Diaphorina citri). It was first described in Asia in the early 1900s (USDA, 2021). Before it was identified as one disease, it became known by various names: yellow shoot (huanglungbin) in China; likubin (decline) Taiwan; dieback in India; leaf mottle in the Philippines; vein phloem degeneration in Indonesia; and yellow branch, blotchy-mottle, or greening in South Africa (Da Graqa, 1991). Citrus huanglongbing (HLB), or greening, is the most destructive citrus disease worldwide and is threatening the sustainability of the industry in major citrus-growing regions (Sheng et al., 2020).

Symptoms of HLB can occur throughout the tree, especially if the infection occurs at or soon after propagation (McClean, 1970), it includes blotchy mottle leaves, stunted growth, reduced fruit size, premature fruit drop, corky veins, and root decline.  HLB eventually causes tree death (USDA, 2021). Da Graga (1991) mentions that, generally, leaf symptoms are of two types: Primary, which are characterized by yellowing of normal-sized leaves along the veins and sometimes by the development of a blotchy-mottle; and secondary, where the leaves are small, upright, and show a variety of chlorotic patterns resembling those induced by zinc and iron deficiencies. Analysis of symptomatic leaves shows a higher potassium content and lower calcium, magnesium, and zinc concentrations.

Infected fruits are small, lopsided, and have a bitter taste (McClean, 1970), Kapur et al. added that it was probably because of higher acidity and lower sugars. Many fall prematurely, while those that remain on the tree do not color properly, remaining green on the shaded side (155), hence the name of the disease. Any seeds in severely affected fruit are often abortive (McClean, 1970).

There is no cure for this disease once a tree is infected. While the disease poses no threat to humans or animals, it has devastated millions of acres of citrus production around the world, including in the United States. According to USDA (2021), the first detection of HLB in the United States occurred in Florida in 2005. Since 2005, HLB has spread through the citrus-producing areas in Florida, reducing citrus production by 75%, while more than doubling the cost of production. In 2008, HLB was detected in Louisiana, and in 2009, the disease was detected in Georgia and South Carolina. In 2012, HLB was detected in Texas and residential areas of California. HLB has been known in Asia since 1900, and Africa since 1920. The first detection of HLB in the Americas was in Brazil in 2004.

Once a tree is infected with the bacteria, it can remain without detectable symptoms for months or years. During this symptomless phase, the tree can serve as a source of bacteria to infect other trees. Over time, an infected tree will start producing fewer fruit that are smaller, shaped irregularly, and taste bitter (USDA, 2021).

To help to prevent citrus disease, to make the tree more resistant, some new ways are needed to try to help them, like technologies that could increase pest resistance. Kyminasi Plants Crops Booster is one of these technologies that could increase pest resistance and benefit the crops in other aspects such, better quality and yield.